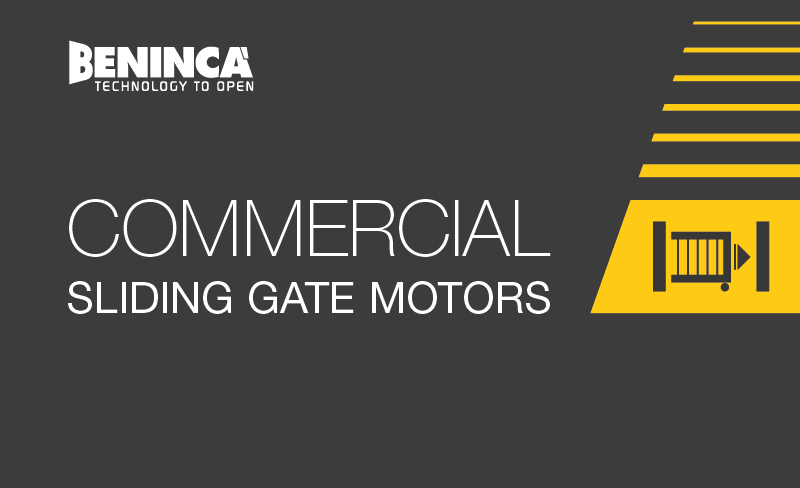 Since it arrived in the UK, the BISON motor has generated an impressive reputation as a genuine heavy-duty commercial sliding gate motor with proven reliability in the field. When a motor has a reputation for performance and reliability, you know you have a good thing!

The BISON was our first motor to offer inverter technology with accurate control of the motor frequency and therefore its movement and position. It was also our first real commercial motor to be housed under a steel lid and not just have an impressive spec, but to look the part too.

So what were its flaws?………..well none of course, but our products always evolve to our customer’s needs and many of our customers made the decision to fit nothing other than the BISON. This was great… but on smaller domestic gates or even a very lightweight commercial job, the BISON was the adult at the kid’s tea party, so we looked at something else we could offer.

We introduce the YAK, even by the name you’ll find the internet explanation that the YAK is generally a smaller version of a BISON animal and related more to cattle where the BISON remains the big boy in this gene pool.

The YAK25OTI 230v Inverter 2500KG sliding gate motor is exactly that, it’s a BISON25OTI that has had some further modernisation as well as short back and sides to fit into a marketplace where you want a BISON but maybe you don’t need a BISON.

Now we will explain the key features of the YAK and the differences between the YAK25OTI and the BISON 25OTI. Don’t get confused that it’s physically a smaller motor, the capacity is the same, up to 2500Kg with inverter technology and the motor dimensions are also much the same, there are however some unique differences.

The BISON was originally designed using many of the BULL sliding gate motor features, including the BULL motor housing. The YAK has maintained this design but got closer to the BULL with a standard BULL-style manual release mechanism that replaces the double mechanism on the BISON. The YAK lid has also lost the photocell integration that the BISON had so both changes have reduced production cost with almost zero effect on performance. This is how we can offer an almost identical spec motor, slightly cheaper to the market, providing the perfect go-between for your domestic to commercial motor.

The most significant difference is the inverter technology and how the panel works with this technology. The BISON has a separate inverter product situated underneath the control panel alongside the motor. The YAK has a more modern built-in inverter into the control panel, saving space within the motor housing.

Using the analogy of a golfer, with the YAK and the BISON you have two big drivers in the bag, two clubs that will hit the same distance, and you’re as good with both of them. The YAK, your latest driver to the bag, cost you roughly 12% less and had some more modern features but you keep the BISON, the original big boy who you’ve grown to love and cherish.