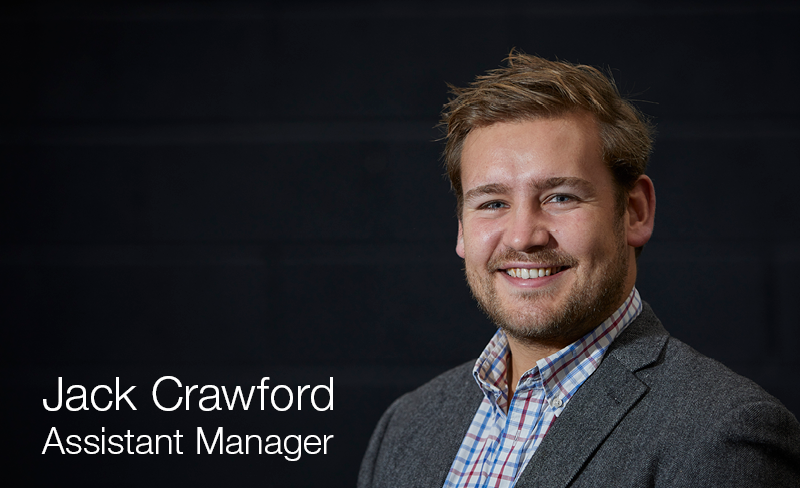 We are delighted to officially announce the promotion of Jack Crawford as our new Assistant Manager here at Benincà UK.

Since joining the company back in 2015, Jack has fully submerged himself into the world of gate automation and over the years has gained a wealth of knowledge, not only of Benincà products but of the industry as a whole. Early on it was clear to see Jack was going to go far within the company, progressing from Sales Executive to National Sales Coordinator in just his first three years. Jack has and continues to be an invaluable member of the team and is highly regarded by his colleagues, as well as our customers.

Anyone that has had the pleasure of working with Jack, will know he has a positive outlook and is focused and determined on getting the job done. Jack is passionate about Benincà, and combined with his extensive skills and background, couldn’t be a more worthy candidate to represent and add strength to the existing management team.

For many of our long-standing customers, this promotion will therefore not come as a surprise, this is a natural progression for Jack, who has shadowed and supported, Jamie Berry, General Manager here for many years. In his new role, Jack will continue to lead the sales team, whilst working alongside Jamie in making business critical decisions. With Jack’s vital input and forward-thinking, we know he will continue to drive the company’s success even further in the coming months/years.

I hope you will therefore join us in congratulating Jack on his outstanding performance and achievements and wish him the best of luck in his new position.

“It’s been a privilege to work at Benincà UK for the last seven years. I’ve been lucky enough to have seen the company outgrow its old premises and move into our current UK headquarters in Newbury, whilst doubling our turnover. The brand is stronger than ever with lots in the pipeline and so much more growing as a company to be done. I’m looking forward to working closely with our customers over the coming years, building up our team even further, and getting involved more with the day-to-day running of the business” – Jack Crawford, Assistant Manager at Benincà UK.

“Jack joined the company back in 2015, as a young man with relatively little experience but his natural ability as a people person has been the catalyst to his success. Our company has seen impressive and consistent growth and Jack has been a major contributor to that, creating strong relationships with our customers and suppliers. In more recent times Jack has comfortably handled the responsibility of making decisions and managing the team in times where I have been on holiday or absence from the office and therefore, I am really pleased to see his hard work rewarded with his official promotion.

It’s a pleasure to work with Jack, we work well together and we are both hungry for more success, so here’s the future….well done Jack!”