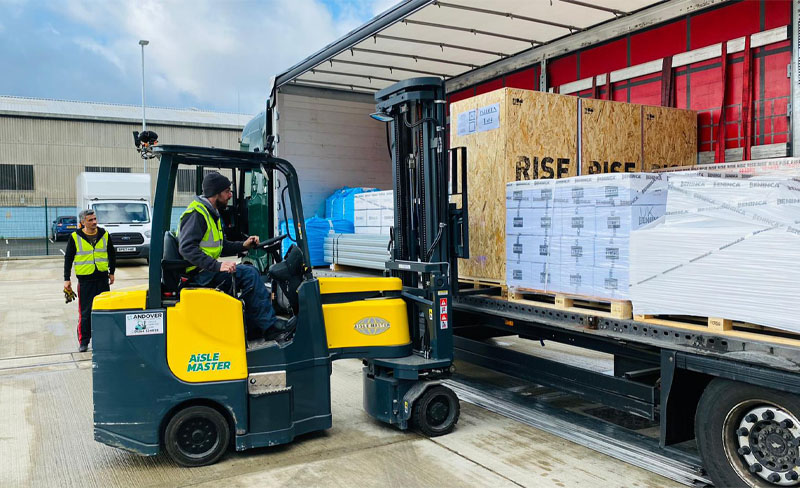 The MAXIMUM M30 automatic bollard is the newest addition to join the RISE offering and has officially arrived here at Benincà UK.

Capable of stopping a truck weighing 7,500 kg whilst moving at a speed of 48 km/h, it has secured several noteworthy certificates. With a bollard diameter of 275mm and a height of 900mm, alongside the substantial foundations, it really does look the part in our trade counter. With an E.F.O (Emergency Fast Operation) emergency function, it is capable of a rapid rise of 1.5 seconds.

All of the above makes the MAXIMUM M30 the ideal choice for environments requiring a high level of security, such as military bases, police stations, and any other sites of a sensitive nature.

The MAXIMUM M30 has obtained certifications IWA 14-1, PAS68 and ASTM2656, with a relative dynamic penetration value P of -0.8 m. Specification sheets often refer to a penetration grade P1, which according to ASTM is obtained when the truck bed does not pass beyond the bollard by a maximum distance of 1 metre. The negative penetration value obtained by the MAXIMUM M30 (-0.8 m) indicates that the truck bed stopped 0.8 m in front of the bollard, thus achieving an even more high-performance result.

The foundation bore is compliant with standard EN124 (40T) and the positioning of the hydraulic pump, independent for each bollard and positioned laterally, facilitates maintenance operations as well as preventing damage in the event of an impact. The control centre allows the management of up to 2 bollards contemporaneously. Blocking the bollard in the risen position is guaranteed even in the absence of an electric current (with the ability to manually unblock).

The MAXIMUM M30 is now proudly on display within our trade counter here at Benincà UK and is also held in stock, available for purchase this summer (2021). So why not visit us and see for yourself or contact our sales team for more information. They can be reached via the phone on 01488 658276 or via email at sales@beninca.co.uk